Union Bank was originally formed in 1934 as the “union” of Farmers & Merchants Bank and Lake Odessa State Savings Bank after the Great Depression. Staying true to the roots of both banks for nearly a century, we’ve worked alongside truly local and proudly independent West and Central Michigan businesses, equipping them for success: those who make, build and grow for a living. Today, we serve Mulliken, Dimondale, Westphalia, Hastings and Ada in addition to a Loan & Operations Center and branch office in Lake Odessa.
Union Financial Corporation (UFC) was formed in 1988 as the holding company for Union Bank. UFC is privately held and traded and owns 100% of Union Bank.
Over the years, many local families have invested in Union Bank by purchasing shares in UFC. Through the decades, this ownership has been passed down to their children and other local families. As a privately held company, ownership remains in the communities we serve, and it is the intention of the Board of Directors to maintain that local ownership and independence.
From time to time, limited shares of UFC stock become available for purchase and we would like our customers and supporters to have the opportunity to hold ownership in the bank. The bank was previously limited by regulation on the number of shareholders who could invest. The JOBS Act passed in early 2012 now allows us to add new shareholders and we invite you to support your community through ownership in YOUR community bank. Contact Us to let us know you are interested. 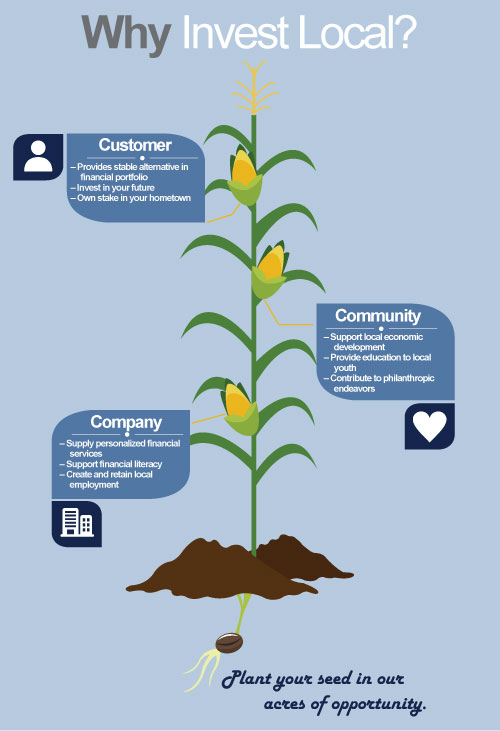