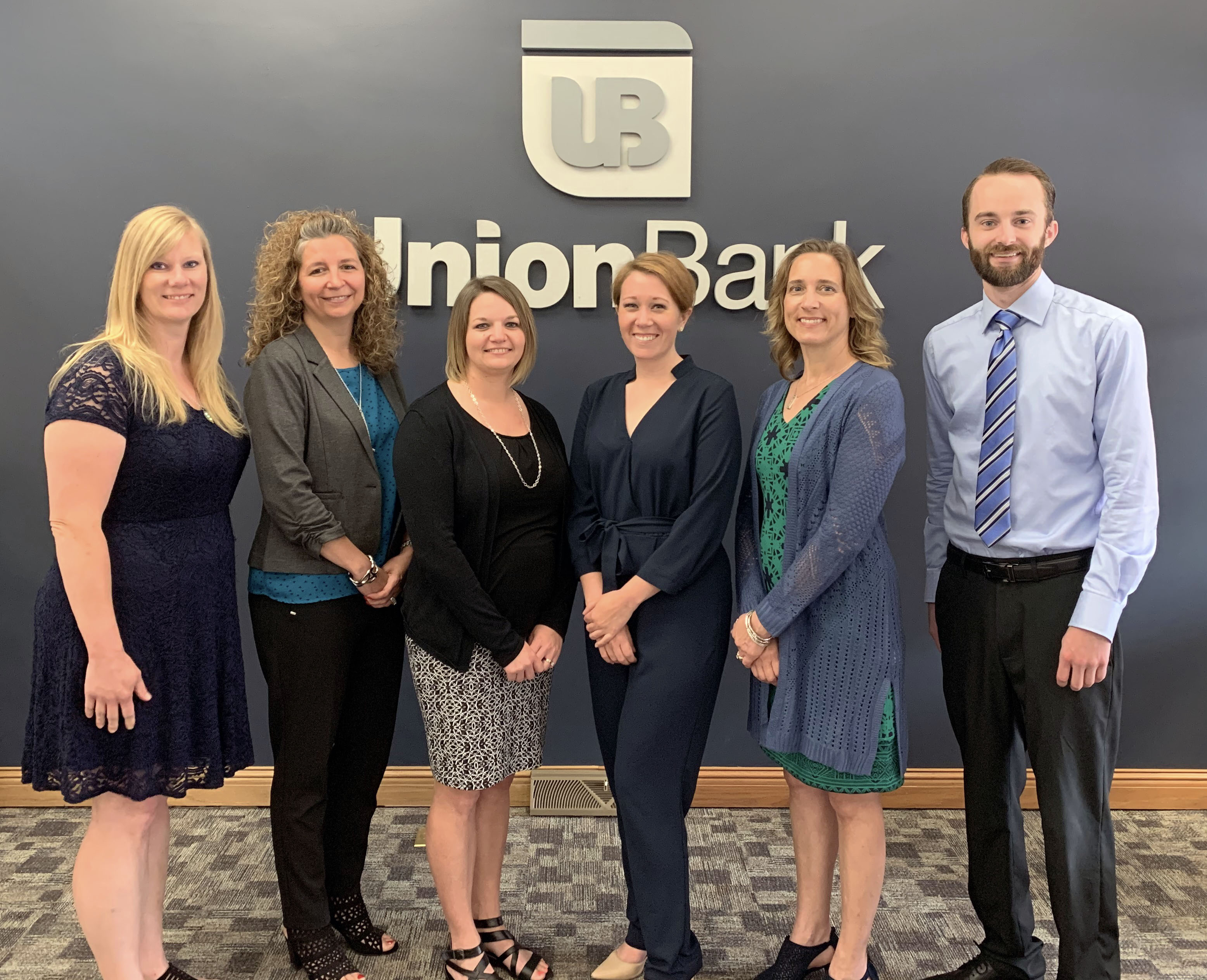 Stephanie Brummette, Virtual Branch Manager, Bank Officer, is responsible for managing UBs’ Virtual Branch along with assisting with consumer loans. She joined the bank in 2005 as a Bank Teller at the Lake Odessa branch, promoted in 2011 to Lead Teller and moved into the Branch Manager position in 2014. Brummette studied Business Administration at Bakers College of Owosso. Outside of the office, she is the Board Vice President of the Sunfield Farmer’s Picnic, member of the Parent Teacher Organization for Lakewood Elementary, and is the Treasurer for the Lakewood Soccer Club.

Sandra Collison, Accounting Manager, Bank Officer has been with UB for twenty-four years. She joined the bank in 1996 as a Teller the Lake Odessa branch and over the years moved into the accounting department at UBs’ Corporate Office. Collison is a graduate of Kellogg Community College and is currently attending Perry Schools of Banking.
Stephanie Joseph is the Deposit Operations Manager, Bank Officer, at UBs’ Corporate Office in Lake Odessa. She has been with the bank for 13 years and has received the following certifications: Jack Henry 4Sight Certification, Jack Henry Xperience Certification, Jack Henry R360 Certification, Individual Retirement Account / Health Savings Account Specialist and is currently attending Perry Schools of Banking. Outside of the office, Joseph is the Board Treasurer for Maple Valley Little League.
Lindsay Farrell, Assistant Vice President, Manager of Human Resources and Shareholder Relations, began her career with the UB in 2005, working as a Teller. Farrell earned a Bachelor of Business Administration – Marketing degree and is currently working towards a Master of Business Administration – Human Resources degree from Davenport University. She is also currently attending Perry Schools of Banking and working
towards her Human Resources Certification from the Society for Human Resource Management (SHRM). Outside of the office, Farrell is the Board Secretary for the Lakewood Chamber of Commerce and Board Treasurer for the Jordan Lake Trail.
Christine Fortier, Executive Vice President and Chief Financial Officer has been with UB for twenty-five years. She received her Bachelor of Finance degree from Ferris State University and is a graduate of the Graduate School of Banking - University of Wisconsin and the Michigan Banker’s Association Perry Schools of Banking. Outside of the office, Fortier is the Director of the Mid-Michigan Banking Group, a member of the Lakewood Band Boosters, and is involved in Clarksville recreational activities.
Derek Dickinson, Assistant Vice President, Senior Credit Manager, has been with UB for eight years. He received a Bachelor of Business Administration degree with a concentration in Accountancy from Western Michigan University and is a Certified Community Bank Credit Analyst through Independent Community Bankers of America.
“On behalf of the Union Bank Board of Directors and management, I would like to congratulate each of our promoted employees and wish them every success in their new role,” said Cortney Collison, President and CEO. “These promotions reflect our commitment to excellence and efforts in recruiting, retaining and recognizing high-performing, dedicated employees who strive for long-term success of both our customers and our Bank.”
Union Bank is a wholly owned subsidiary of Union Financial Corporation and operates full-service banking offices in Ada, Lake Odessa, Dimondale, Hastings, Mulliken, and Westphalia. Member FDIC and Equal Housing Lender. (NMLS# 488568)
Chat With Us